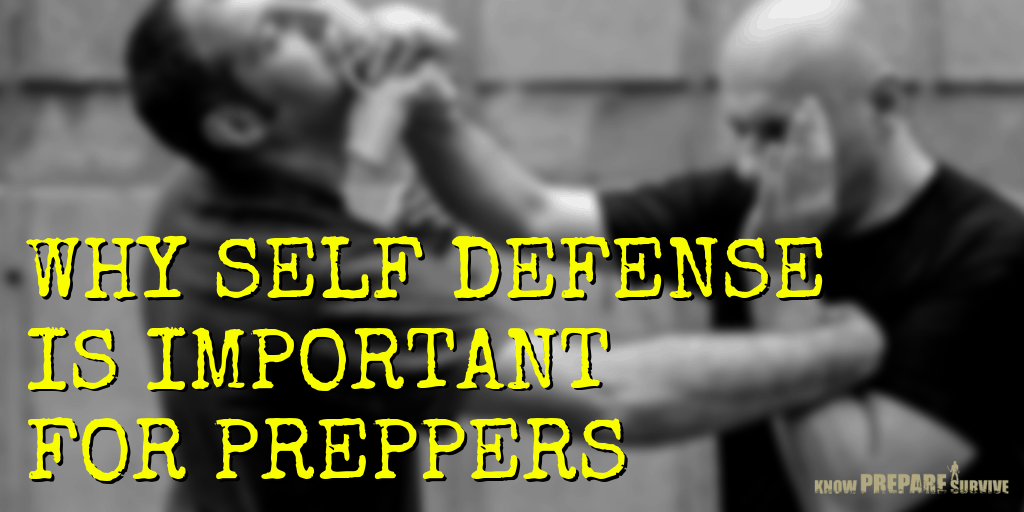 Prepping is all about surviving in emergency situations.

Whether it’s dodging a tornado or bleeding to death in the woods, a little bit of knowledge can make the difference between waking up the next morning or never waking up again.

Being called to defend yourself against another person definitely qualifies as an “emergency situation.”

Now, we generally live in civilized areas. Despite the media’s attempts to scare you otherwise, we live in the safest time period in human history[1].

But, though violence is rare, it still happens.

Just like how getting a wound infection is rare. You should still know what to do with one!

Self defense can be done in many ways.

Some people carry a weapon such as a handgun, stun gun, or knife. Other people rely on their fists. The right martial arts can be extremely effective, with enough practice.

If you’re still unconvinced as to why you should learn self defense, consider the following five reasons.

The Reasons to Learn Self Defense

As preppers, our goal is to survive and even thrive when S has HTF.

This often involves activities such as preparing gasoline for long-term storage and knowing how to prepare a campfire whether the wood is wet or dry.

Not everyone will be as prepared as you.

An unfortunate aspect of humanity is the willingness to inflict violence upon others when desperate.

Societal breakdown, whether short-term or long-term, often sees an uptick in person-on-person violence[2].

The same applies in the city and even, once in my experience, the campground!

Knowing self defense will allow you to be able to save yourself and your property from desperate people, wherever you are and regardless of the proverbial fan’s state.

You Can’t Trust the Police to Protect You

If that’s not all, it’s United States legal precedent for defense to fall squarely upon your own shoulders.

There’s a wide-held belief that you don’t need to know how to defend yourself. If you’re attacked, you can call the police and trust them to take appropriate action to defend you.

Unfortunately, US state and federal courts have upheld the opposite.

Lawsuits against cities and police forces for failing to protect citizens are regularly thrown out, with Supreme Court judges upholding the dismissal.

In Town of Castle Rock v. Gonzales, the US Supreme Court ruled that the police couldn’t be sued for failing to enforce a restraining order, despite the situation ending in murder[3]. 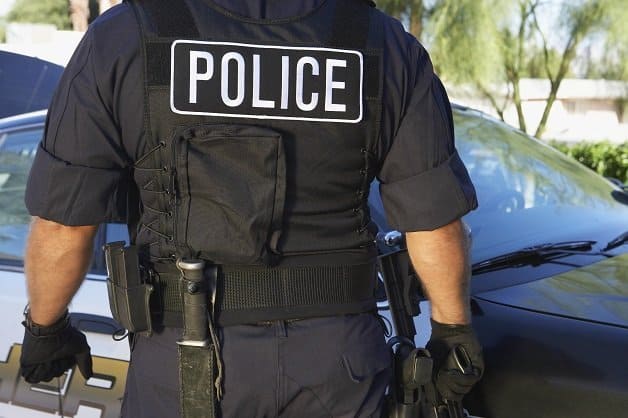 In Morris et ux. vs Musser et al, the plaintiff sued a police officer for not intervening during a violent attack. It wasn’t the first time that officer let people get harmed despite knowing it was happening, either.

That case was also dismissed[4].

There are many other examples in which judges have ruled authorities to have no requirements to protect civilians.

You should learn self defense because you are responsible for your own defense.

You’ll Be Able to Defend Your Family

Modern weaponry has done a wonderful job of removing the physical requirements for stopping an attacker.

However, not everyone can (or should!) arm themselves or practice martial arts.

That’s where you come in!

If you have children, elderly or infirm family members, or are the only one in your family who’s interested in learning self defense, then you’re the one responsible for keeping everyone safe.

It Prepares You for Hunting

Unless you know kung fu (or boxing!) then you’ll have a self defense tool.

While pepper spray isn’t good for hunting, many other self defense tools make rather good hunting weapons.

Firearms are an obvious example. Others work too, though.

For example, if you have a self-defense knife, you also have a hunting knife!

Also, bears and coyotes do sometimes attack people. You should know how to survive such an attack!

It’s Good for You

You also need to practice your chosen self defense method. Carrying a knife or gun without regularly practicing with it is dangerous and irresponsible.

That practice is good for you! Both physically and psychologically[5].

Skill practice is satisfying and boosts your confidence. You’ll also have to move around, practicing your hand-eye coordination and burning calories.

So, learning self defense can improve your quality of life even if you never have to use your weapon for its intended purpose!

How to Prepare for Self Defense

Now that you know why you should learn how to defend yourself, how should you go about this?

Choose Your Self Defense Method(s)

There are many routes to self defense. 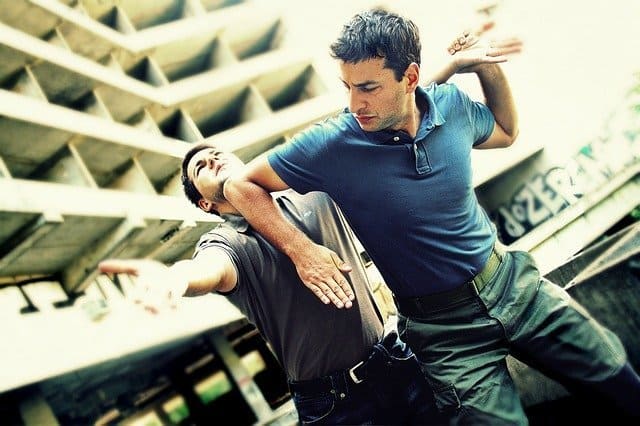 Personally, I would recommend learning as many methods as possible.

This lets you cover as many situations as you can.

A gun is the most effective at stopping an attacker but you can’t always carry a firearm on you. Learning a martial art as well keeps you capable of self defense regardless of when and where an emergency strikes.

Which Martial Art Disciplines Should You Learn?

Not all martial arts are created equal.

Many of the martial art classes you’ll find are good for fitness and control over your body but won’t be any good in a street fight.

Stick to martial arts which are used by a military or focus on stopping an attacker quickly, without flashy moves. Ground fighting is an excellent addition.

The first thing you need to do is to learn your local laws.

Self-defense laws vary from state to state and county to county.

Sure, during a SHTF scenario, laws go out the window.

But those laws are in effect right now, so unless you want to risk serving time, you need to practice within the bounds of the law.

As mentioned before, it’s unwise to arm yourself without knowing how to use that weapon.

This is true even your body is your weapon! 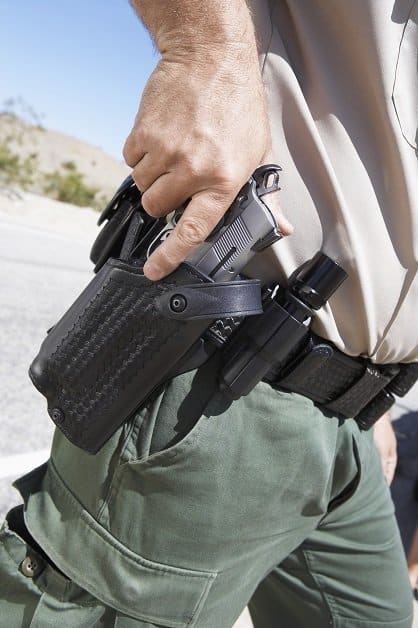 While some people get a gun or other self defense weapon first then learn to use it later, it’s smarter to know how to defend yourself first.

With the proliferation of courses and rentals, you don’t need to own a self-defense tool to practice with it.

Whether you’re using a weapon or your fists and feet, you need to practice enough for every movement to be automatic.

This will take many hours, but it’s worth it!

You don’t want to have to think things through when hit by panic as big bad guy stares you down.

Sometimes, the hardest part of learning self defense is finding a good instructor or martial arts school.

The best method is always word of mouth, but not everyone knows somebody in a good self defense class.

You can find firearm-related self defense classes easily enough. Just visit your local gun store and ask around.

Martial arts dojos often advertise on community boards which you can find at your library, college, gym, grocery store, etc.

But, I’ve often found those to be martial art styles not focused on actual combat.

I like dojo.info because it’s comprehensive and you can filter by discipline.

When choosing a school, make sure the instructors have a combative or self defense focus!

Get the Right Tools (If Arming Yourself)

One of the most important aspects of self defense is choosing the right tool.

What’s best for many people may not be best for you.

For example, many people love the Glock 19 and carry one as their CCW. In my hands, however, that bullet loves to fly over the target!

Something about the Glock grip angle and my hands do not get along. So, I have to use another handgun for self defense.

Many ranges offer rentals so you can try out several handguns before you buy one. You can also try out other self-defense tools at related courses or by asking friends.

Once you know what you want, then buy a good one.

Other gear, such as a good gun belt, can make self defense that much easier.

Don’t just use any knife for self defense, get one of the best ones out there.

Your life is invaluable. Defend it with the best tool you can.

Self defense is an important aspect of prepping.

You’re preparing to survive getting lost, running out of food, hurricane and tornado strikes, and other emergencies.

Why not also prepare to survive attacks by animals or other people?

With the right mindset, well-practiced knowledge, and good tools, self defense can save your life. 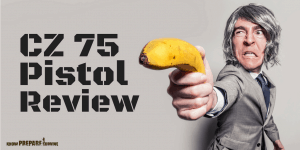 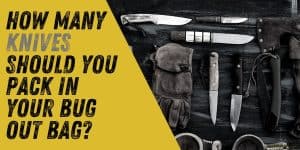 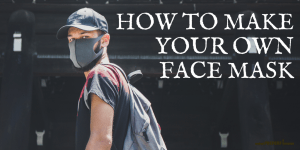 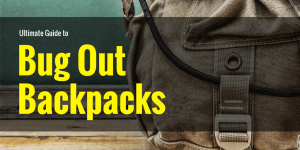 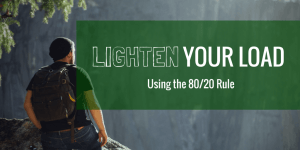