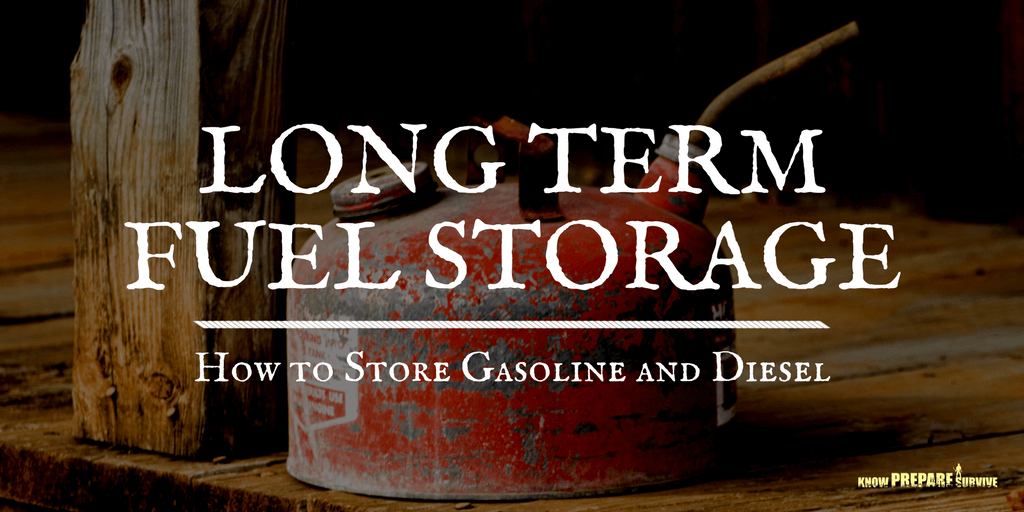 I was recently caught in the path of a hurricane.

Many other people were as well. Not everyone fared as well as I did.

I had three states to travel through. It wasn’t until I got to the third state where I started to see gas stations which did not have enormous lines.

Had I been caught in those lines, it would have taken me twice as long to reach my destination.

But I had thirty gallons of fuel in the back of my truck, and sped by everybody with ease.

That natural disaster went horribly for so many people. I was not one of them, because I had the forethought to store enough emergency gasoline.

Why You Should Store Gas/Diesel

Here’s why you should store fuel:

During an emergency, fuel is one of the first things to disappear. 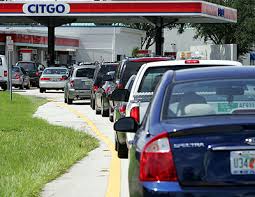 It has been seen time and time again. People are used to only buying as much fuel as they need to get through their normal day, then something unusual and terrifying happens.

Everyone flocks to the gas station, but then they have to wait in a line that extends around the block for gasoline that has exploded in price.

Not you, though. You were wise. You prepared.

You have enough fuel at home to power your generator for two weeks.

Or, if you need to get out of Dodge, you can grab your go bag and get to your bug out shelter.

Whether it’s for travel, electricity, cooking, or burning down your house for the insurance money (please don’t do this), you’re set.

Like me, when the call came to evacuate, you got where you needed to go with a minimum of fuss.

That is why you should store fuel.

How Long Does Gas Stay Good For?

The gasoline in your car is degrading right now.

Gas is very unstable, which is part of the reason why it is such a good fuel. But this instability means that it does not stay fresh for very long. 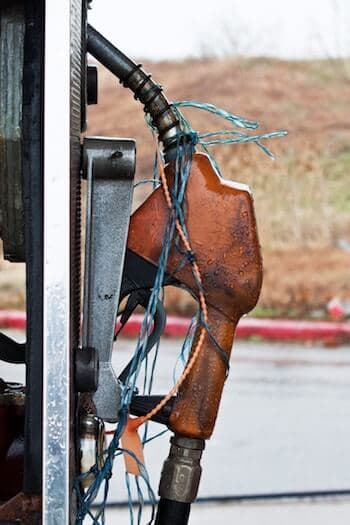 After a year, forget it, buy some more gas.

Gas has several things working against it. When we burn gas, what we burn are the vapors. That is good for easy ignition, but the same tendency to evaporate is part of why gasoline degrades so quickly.

Gas is also hygroscopic, which means that it attracts water molecules. Water in gas is no good.

You also lose octane as the gasoline degrades. The molecular bonds naturally fall apart over time, and it is those bonds which we want to break apart violently inside our engine.

If it’s not water contamination that causes your gas to go bad, it is the loss of octane.

Properly stabilized, gasoline can keep for several years without much degradation. We’ll get into that later.

How Long Does Diesel Stay Good For?

Diesel lasts a little longer than gasoline. Without stabilizers, you can store diesel for a year without much trouble, as long as it is not too hot. 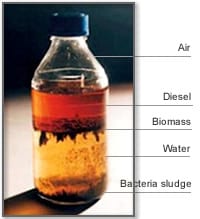 Like gasoline, diesel attracts water. It also breaks down into filter-blocking sludge.

Compounding this, diesel faces an enemy unknown to gasoline: algae. Those little organisms can grow on diesel, and love dark areas such as the tank in which you store the fuel.

Sure, you can get biodiesel out of certain types of algae, but as far as storage is concerned, these are the enemy. Diesel-specific stabilizers do exist which fight off algal contamination, and they are known as biocides.

When stored well, diesel can last for five years or more without significant loss.

Read on to figure out how to increase your diesel’s lifespan from six months to five years, or more.

Where and How to Store Fuel

The recommended ways to store both gas and diesel are similar.

Protect the fuel from heat, light, and water. Plus algae, if it’s diesel.

The temperature should be kept below 70 degrees Fahrenheit. Above that and your fuel’s lifespan is cut in half.

That’s a bold claim, but it’s one that’s made by the military. And those cats know about storing fuel. 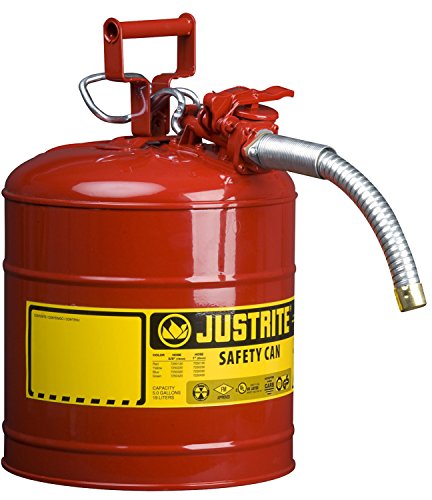 Light can also contribute to degradation of fuels, but unless you’re using clear water bottles to store the fuel (in which case, shame on you!), that should already be covered.

Keeping out water is important as well. Most modern tanks are designed to be mostly vapor-proof. Escaping gasoline vapor is a bad idea, but if too much builds up inside the container, it becomes liable to explode.

An errant spark and your gas storage is now a brief, yet exciting, storage facility for fire.

So most gas containers will allow for a certain amount of vapor to escape after a certain point. But this can allow moisture in.

Since a perfectly waterproof container is thus a bad idea, try to keep water away from your storage area. Next to the swimming pool or in a damp basement may be a bad idea.

The garage is serviceable for storing a small amount of fuel, but is not ideal. It is an even worse option when you are trying to store many gallons of gasoline.

There will be gasoline vapors which you do not want to breathe in, and they will waft from the garage into the house.

A dedicated shed is better, one that is designed to keep the heat away. This means that it needs to be better than four pieces of plywood with a sheet of aluminum for the roof.

You can even install underground storage tanks. These are even better for long term storage, but can be expensive and have to comply with local laws.

I probably would not install such a tank underneath my kid’s swing set. 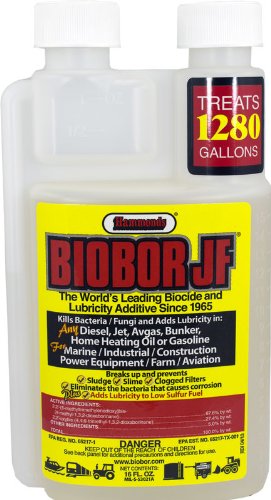 And make sure to keep the stored gas and diesel far away from any ignition sources! Grills, pilot lights, volcanoes, whatever. Make sure they are at least 50 feet away.

You have to add the stabilizer yearly, but it can double or more how long your fuel lasts in the tank.

It also helps to keep the fuel cans full. Up to, not past, the fill line. This reduces the contact area between the surface of the fuel and the air, which helps keep the fuel more stable.

Fill the can above the fill line and the gas can may become overpressurized. Add a little heat and you’ve got a nice little fireball.

How Much Fuel Do You Need 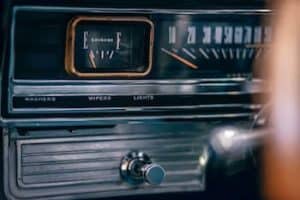 If you have a safe location in mind and it takes two tanks of gas to drive there, store three tanks worth of fuel.

If you have an emergency generator and think it will take a week for power to come back after the next hurricane, store enough fuel for ten days or more.

When you store too much fuel, then after the emergency is over you still have fuel remaining.

But if you stored too little fuel, you are in trouble.

Most storage containers nowadays are plastic. Laws have required the addition of safety devices which make the tanks more difficult to pour than a glass of water when you’re drunk at 3 am.

Personally, I believe that the new gas cans are more dangerous to use than the ones available before whatever silly laws were written. Whenever I’ve used them I’ve spilled more than older style gas cans.

But they are inexpensive and work. Plus they are less likely to explode than the gas cans which came before.

If you prefer easier pouring over slightly less safe storage, you can buy used gas cans. 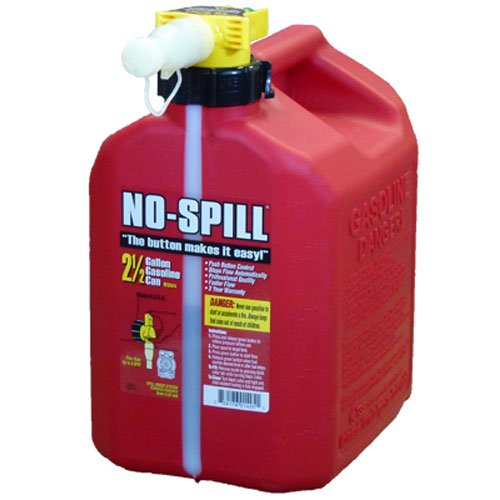 As for whether you should use plastic or metal containers for your fuel, there is no hard and fast answer.

Plastic fuels containers do not rust and they are lighter than metal. But they expand and contract with the ambient temperature, and can eventually absorb some of the fuel and themselves degrade!

That will not happen any time soon, but if you are looking at the multi-decade time scale, large metal containers will be a better option for long-term storage.

Unless you live some place where everything rusts like crazy, in which case those metal canisters may not last long enough for their benefits to come to fruition.

Most of the time, fuel tanks for gasoline are red and similar ones for diesel are yellow. Kerosene’s color is blue. Try to stick to these colors, lest you pour gasoline into your diesel engine.

There is another good way to ensure your fuel supply is always fresh.

It is the same thing you should be doing with your food and medical supplies.

Store the fuel for a while, then use it and replace the used gas with new.

Try to aim for about a year or less in storage before you use the fuel. If you’re using stabilizers then your fuel should last this long without going bad, but may start to degrade in the future.

Flame arresters are available for plastic and metal cans. These keep sparks and fire from getting at the fuel inside, greatly increasing the safety of the fuel cans. 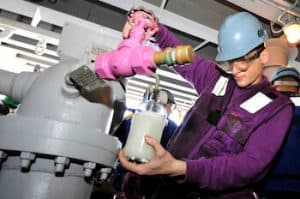 There is an option for diesel fuel which can extend the lifespan of the fuel from years to decades. This is called Nitrogen Blanketing (AKA Tank Blanketing).

Basically, all of the air surrounding the diesel is purged and replaced with nitrogen, which is inert and does not contribute to the degradation of the fuel.

Such a system may add sizable expense to your fuel storage area, but if you think you may need hundreds of gallons of diesel for many years after all the infrastructure has crumbled, it may be the best decision you’ve ever made.

When the infrastructure falls and supply systems fail, fueling those machines becomes difficult, to say the least.

Unless you are prepared.

Whether you use gasoline or diesel, with proper stabilization, storage, and rotation, there is no need for you to ever run out of fuel.

3 thoughts on “How to Store Gasoline and Diesel Long Term” 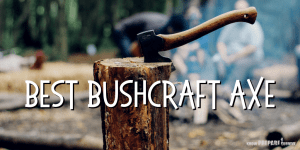 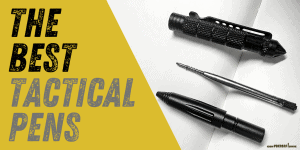 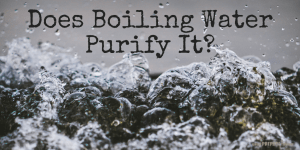 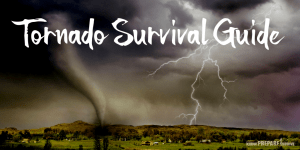 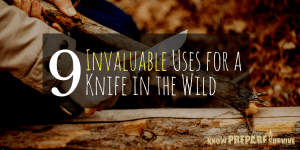