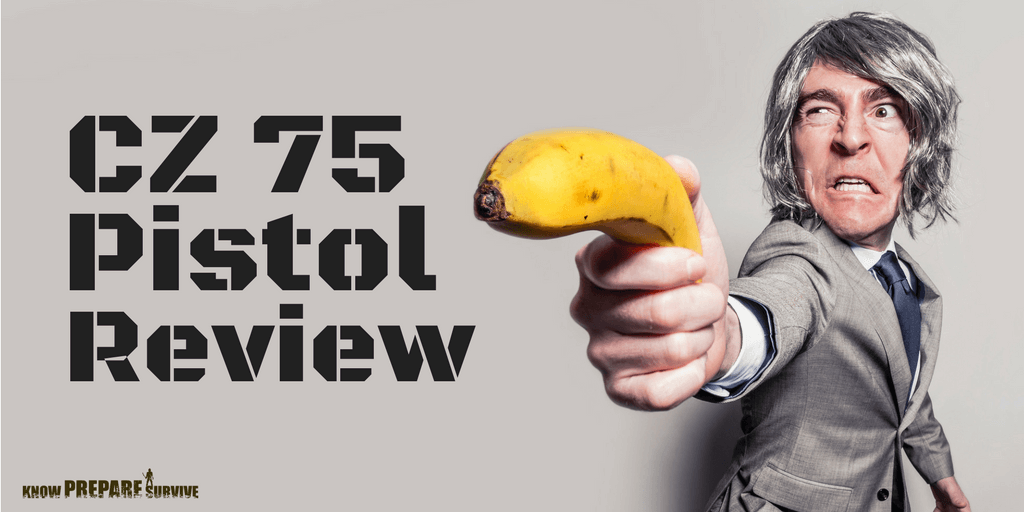 The CZ 75 pistol is one of the most legendary handguns of the 20th century.

It stands tall alongside some of the most well known and widespread handguns in the world, such as the 1911, Beretta 92, and Glock 17. It was one of the first “Wonder Nines” and helped popularize high-capacity 9mm handguns.

History of the CZ 75

Unlike the other pistols mentioned, the CZ 75 was developed on the eastern side of the Iron Curtain. Before and during the Cold War, Czechoslovakia was known for weapon design and production. 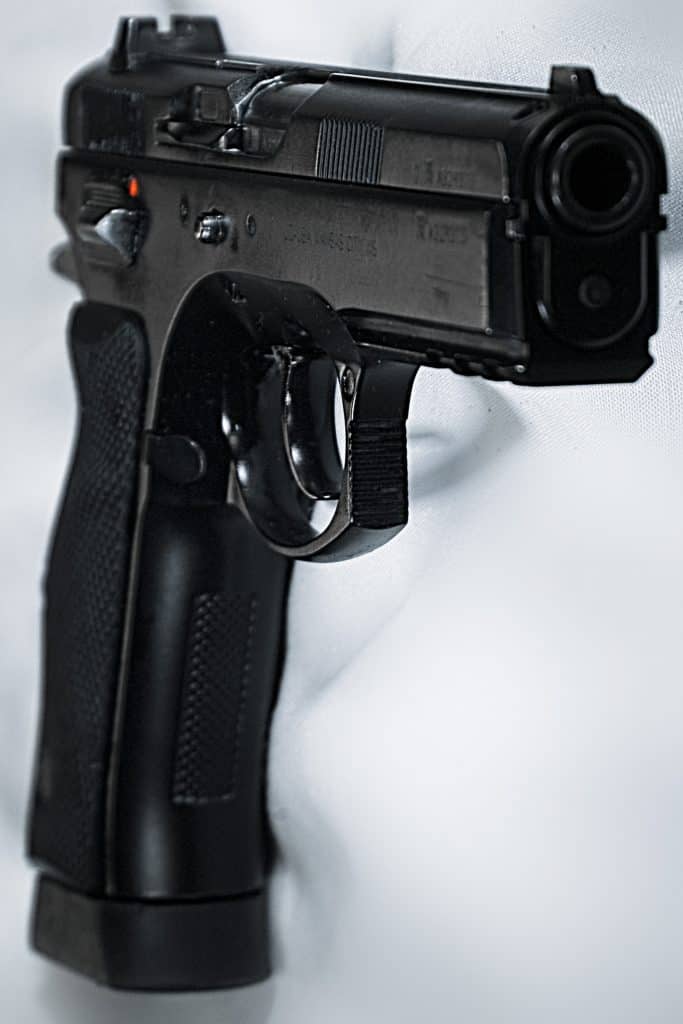 Unlike other Warsaw Pact countries, the Czechs designed their own weapons.

One of the weapon designers was František Koucký. After his official retirement he was offered a chance to design a 9×19 Parabellum handgun and was given complete freedom.

Originally intended for export, it later became a popular sport handgun in Czechoslovakia. Worldwide it became renowned as an innovative and effective handgun.

Many variants and clones have been produced, and it is still a popular pistol for collectors, sports shooters, and professionals.

The CZ 75 is a short recoil operated, tilting barrel semi-automatic pistol. Most versions have a manual safety and are singe action/double action. Some recent version sport a decocking lever as part of the manual safety.

The frame is all-steel. The slide rides inside the rails instead of outside, giving this pistol a more tight fit compared to other handguns. This handgun also has a lower bore axis compared to most other handguns, leading to less muzzle flip during recoil.

9mm Parabellum is the most common cartridge for which CZ 75s and their variants are chambered, though you can also find them in .40 S&W or even .45 ACP. The magazines are double-stack.

Variations of the CZ 75

CZ 75 B/BD – B models have an additional internal firing pin safety as well as some other minor improvements such as a ring style hammer. BD models replace the safety with a decocking lever.

CZ 85 – Slightly more modern than the original, the CZ 85 has ambidextrous controls. Also available in B and BD models.

CZ 75 P-01 – The model of choice for the Czech National Police, the P-01 is more compact, has an aluminum alloy frame, and sports a barrel accessory rail.

CZ 75 P-07 – A polymer frame version of the original, this version is also available in .40 S&W and is supposed to have an improved trigger pull.

CZ 75 SP-01 – Another ambidextrous full-sized model, the SP-01 version also has a barrel accessory rail as well as an extended magazine.

It is basically the most modern base model of the CZ 75, and there are sub models such as the Tactical (ambidextrous decocker), Shadow (more ergonomic grip and better sights), and Phantom (polymer frame and customizable grip).

CZ 75 Automatic – This variant has selective fire! They may have a compensated barrel. A second magazine can be attached to the front end of the frame, turning the magazine into a foregrip.

There are quite a few other variations like the CZ 75 D PCR, the SA, the P-06, and the slightly ridiculous TS 9mm Czechmate.

With the CZ 75 being so popular, it was inevitable that other companies would want to copy that success. Here are a few of the most common clones:

IWI Jericho 941/Magnum Research Baby Eagle – This pistol is based off the CZ 75. Functionally it is very similar, though aesthetically it is different. It also has a polygonal bore instead of traditional rifling.

EAA Tanfoglio Witness, Springfield P9 – These are basically straight up clones of the CZ 75. Different versions are available but they are all based off of variants of the original CZ.

I prefer shooting the CZ 75 over most other 9mm handguns I have fired. The weight of the gun and the low bore axis keeps the pistol from leaping far away from the target after each shot, so successive shots were faster and easier.

The controls are in the right place for me. I appreciate the SA/DA action, and I also appreciate the exposed hammer. The added ability to control the condition of the gun is, to me, a positive.

There’s something about the Cold War era look of the handgun that has visual panache for me. It looks like a rugged gun, which is what it is.

Speaking of rugged, this is a very reliable handgun. You have to try pretty hard to make it fail to shoot. It is plenty accurate, too.

Overall, I enjoy shooting CZ 75s and the later models, though there are some things I do not appreciate as much.

With a steel frame and steel slide, the CZ 75 is heavy. When out of ammunition, you could probably get great results by throwing it at your target. So carrying it all day will be more fatiguing than with other guns.

There are aluminum and polymer framed models which alleviate this problem

The trigger is located a bit further away from the grip than on most handguns. For people with smaller hands, you have to really reach your trigger finger out there to get it to fire.

Ergonomically, this pistol is a bit clunky in my hands. Thanks to the double stack magazine the grip feels thick and blocky, so it fits my hands more poorly than, say, a 1911.

As this is a rather prolific pistol with many variants and clones, it is not too difficult to find one for sale. Czech made CZ 75s are probably the highest quality, though there is nothing wrong with any of the clones.

Some of them have beaten the original in international shooting competitions!

Because it has such a long history and there are so many variants, you can spend anywhere from four hundred dollars to fifteen hundred and get solid CZ 75 or upgraded model. But should you?

Compared with other handguns, the CZ 75 is rightly considered a classic. However, if you are buying it for a purpose, there will probably be a different pistol that will suit your needs better.

For concealed carry, there are many smaller and lighter pistols.

For target shooting, expensive CZ variants are a winner, but so are other purpose built handguns.

For plinking, there are more modern and fun guns out there. There are also better options for hunting.

As a good, basic choice for a handgun, the CZ 75 and its derivatives is a solid choice. For someone new to shooting who is seeking their first handgun, it is a good all-around pistol, reliable and safe.

If you are a collector, there are more than enough models to keep you collecting for a long time.

As a nightstand gun, it is one of the better choices—though remember to keep it safe from any children!

I would recommend to bother a friend with one to try the gun before you, ahem, pull the trigger on buying one yourself. I had the good fortune to try out a CZ 85 first myself.

The CZ 75 is a pretty gosh darn good gun!

It may not be the best at anything, and may not fit everyone’s hands as well as other choices, but there is a reason over a million of them have been produced and countries from America to Asia have copied this Czechoslovakian design.

If you have a specific purpose in mind, something else will probable serve your needs better. But for collecting, home defense, or fun, I would gladly recommend the CZ 75 to anybody.

Unless you want the original version for some reason, an updated model wouldn’t hurt. 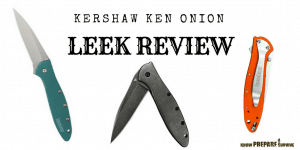 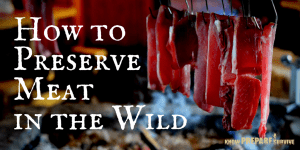 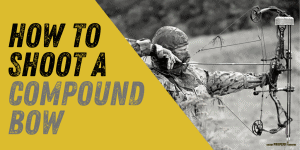 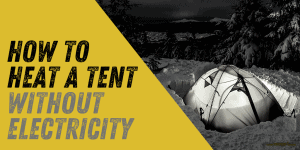 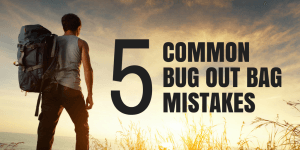