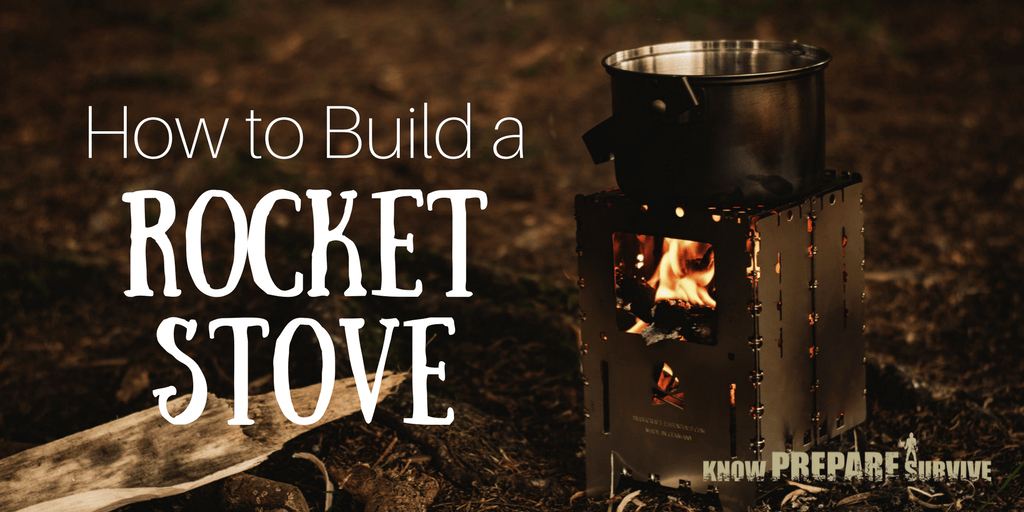 I have spent many nights in front of the campfire. Telling tales to my companions, cooking hotdogs and marshmallows over the fire, and enjoying watching other people try to dodge the smoke.

It’s fun, but I have also had a fair few nights where either because of a lack of wood or the weather, a campfire was not an option.

I could have had a dinner of cold hot dogs and cold beans, but surely there are better ways.

If you are willing to throw fistfuls of dollars at any problem, someone has a solution.

But what if you do not want to spend a bunch of money, and want a fuel efficient method of cooking food you can make yourself?

What is a Rocket Stove?

The rocket stove is a solution for cooking at the campground – or even home if you like, I suppose.

It can be made from scrap metal, coffee cans, soup cans, or other materials you probably already have.

And it is efficient.

How Does a Rocket Stove Work?

A shelf is inserted into the magazine to hold the fuel off of the bottom, so air flows underneath.

Twigs and small branches are lit then inserted into the fuel magazine. The end inside the chimney burns.

Air gets warmed as it is pulled through the magazine so the fire burns more efficiently, and since there is a narrow opening at the top of the chimney, most of the heat goes to the cooking apparatus.

Only the part of the wood in the middle of the stove burns, so you have to push the wood further into the chamber on occasion.

Since rocket stoves are small, they can be pretty portable. Make sure to let it cool down, and you can stuff it your backpack or toss it in the back of your truck.

When you build a campfire and use it to cook, you convert the potential energy stored in the wood into heat via combustion.

You then apply that heat to the item you want cooked. But an open fire has plenty of downsides.

There is a lot of smoke. This is because the burning wood undergoes an incomplete burn.

The heat goes every which way, which warms people near the fire but does not efficiently warm the food.

An open fire takes a lot of wood to cook something. You either have to buy firewood or gather large armfuls of fuel.

I suppose you could burn a pallet, but if you do, please pick up the nails afterward.

With a rocket stove, however, cooking is a lot easier.

The heat is funneled into one area rather than going every which way, so your pot or pan gets most of the heat.

Think of a lamp versus a flashlight. One is broad and the other is tightly focused.

The warmth is more consistent too.

Even the burning of the fuel is better. Branches are easier to gather than logs, and a rocket stove burns the branches about twice as efficiently as an open fire.

That is half of the wood gathered or bought!

The efficient combustion means there’s less smoke too. This is a positive.

They say that smoke follows beauty, so I am sure you are constantly bathed in it. Your lungs will thank you for switching to a rocket stove.

If you like to take smoke showers, well, I suppose the lack of smoke can be a negative. Hey, smoke keeps away mosquitoes, and who doesn’t like the smell of smoke after a wood fire?

Besides smoke being annoying, it also can give away your position to predators and prey alike.

So if you’ve spent a lot of time building a sweet DIY hunting blind, don’t ruin all your work by making the area around it reek of humans.​

Because the fire is contained inside of the stove rather than in the open, it is much less susceptible to the weather. Wind will not knock it down, and rain is much less likely to get inside.

Did I mention that a rocket stove is cheap to build, too?

You can make them from spare 55 gallon drums (my backyard is full of those, but they grow green for some reason), coffee cans, soup cans, concrete blocks, or even old beer kegs.

That’s right. Four concrete cinder blocks, about five bucks at your local hardware store, and you can have a high efficiency, clean burning stove.

Plus, if you need to weight something down, you’ll have bricks with which to do it.

As stated above, a rocket stove is basically a small horizontal bit to hold fuel (and air underneath), with a vertical bit for a chimney.

That being said, there are a large number of ways you can build your own homemade rocket stove.

I will outline two methods below, one made with cans and one with cinder blocks.

If you are skilled in making fancy things, you should be able to figure out how to make more elaborate rocket stoves from these directions.

What You Need to Build One

This stove is made from a few cans of a couple different sizes. It is simple to make and very light, but the thin metal will gradually degrade from repeated exposure to heat.

Items You Will Need:

Tools You Will Need:

How To Build a Tin Can Rocket Stove

Remove all of the labels from your cans. You do not want flammable materials on your stove (though they wouldn’t last long).

Also remove all of the lids and bottoms, except for the bottom of the #10 can and one of the small cans.

Keep the lids, unless you want to fish them out of the trash can later.

Mark the #10 can for the hole for the fuel magazine. Use one of the lids from the soup cans.

Use the hammer and nail to poke starter holes in the circle, then use the tin snips to cut out the circle.

This is the same deal, using a lid to trace a hole a little above the bottom of the can then cutting it out, except this time you’re doing it to the small can which still has a bottom.

You did leave a bottom on one of the small cans, right?

Go ahead and place this small can inside the #10 can for now.

Take one of the cans with no lid and no bottom, and use the tin snips to cut tabs into one side, about one inch between incisions.

Now take those tabs and fold most of them out so this horizontal can holds onto the horizontal one. Leave the bottom tabs flat.

Take the lid of the #10 can, use the lid you’ve been using as a template, then trace’n’cut another hole in the center of this one.

While we’re at it, cut eight tabs into the top of the #10 can, approximately down to the height of the small can inside.

Do not turn the entire top of the rim into the eight tabs, rather, cut out eight tabs of about an inch wide each.

Stick your ash, foam, dirt, whatever inside the #10 can so that the gap between the small can and the large one is filled.

Then take four of the tabs and fold them on top of the insulation.

Take the lid, place it on the insulation, then fold the other four tabs down onto the lid to hold it in place.

You should have parts of the rim still sticking up; you will put the pot or pan on those. Otherwise you’ll need to add a grate so your cooking apparatus does not smother the fire.

Remember how there is supposed to be airflow under the fuel?

Take any flat piece of metal (it could be another can cut then flattened) that is approximately as long as the outside of the fuel magazine to the edge of the small can inside the #10 can.

We will make a T shape out of it, so cut most of it to the width of the inside of the horizontal can, but leave two wider tabs at the end.

Snip horizontal slots on the left and right of the horizontal can that is the fuel magazine.

Insert your T shaped piece of metal into the fuel magazine so the tabs enter those slots, then bend the tabs down to hold everything in place.

Final Thoughts on Building a Tin Can Rocket Stove

If you’re more of a visual person, here’s a great video on how to build a tin can rocket stove:

That’s it! You can spray high heat paint on the stove if you want, but you can stop right now and you have your own DIY rocket stove!

Just light the ends of some kindling, stick them inside the chamber, and enjoy your stove!

What You Need to Build One

This one is a lot simpler to make, but you have to disassemble it to move it. It is also a lot heavier. But unlike the thin metal stove, will not degrade from the heat.

The airflow is different so the stove will not be quite as efficient.

Items You Will Need:

Tools You Will Need

Nothing, unless you need to open the end of a block yourself, in which case you want to use a hacksaw you don’t like very much to score the end of one of the blocks and a hammer and chisel to break it off.

How To Build a Cinderblock Rocket Stove

Here’s a video on a slightly different design for a cinder block rocket stove to explain it more visually:

That’s it, simple and easy.

You insert the wood into the top hole of the vertical block, and the heat goes through the top block.

When you’re done, you can take all of the blocks apart and use them for whatever purpose you desire.

Also, be sure to not add too much fuel. It will burn better than you expect, so try not to burn the hot dogs.

Since a rocket stove is a combustion chamber, chimney, and fuel magazine, you can take the basic idea and go wild.

For a more permanent option, good for heating your home or greenhouse, you can make a rocket stove out of bricks.

For a larger stove, you can use a metal 5 gallon bucket.

If you know how to weld, you can make even fancier rocket stoves. If you happen to be shipwrecked on a deserted island, you can even make one out of nothing but sand!

The idea stays the same, only the execution differs.

Here are a few more rocket stove designs to try out:

So there you have it. Two simple and easy methods of making a rocket stove, which you can use to efficiently burn small pieces of wood to cook when camping.

Next time you are out camping, bring along a rocket stove (or build your own when you get there!), and enjoy how it makes cooking easier. 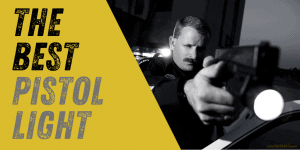 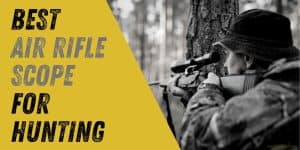 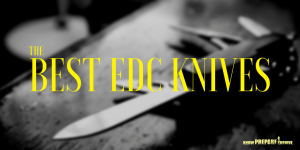 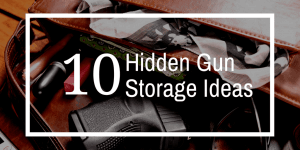 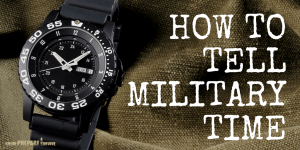