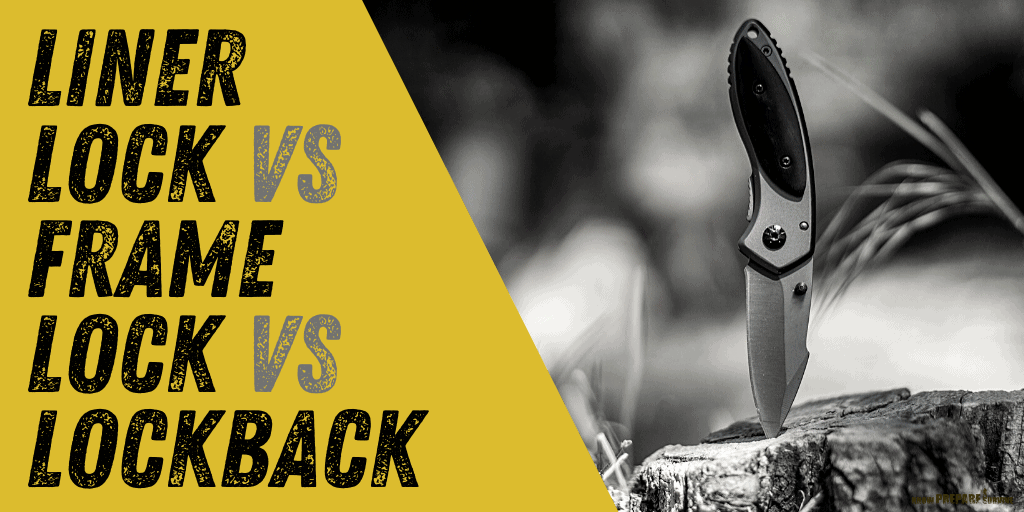 Folding knives are ubiquitous tools. Everyone should have at least one.

I have two on me right now!

And what keeps them from closing edge-first on your fingers?

Certain locks have advantages and disadvantages.

Let’s look at the most common lock styles (and some uncommon ones) to help you decide which type of folding knife will work best for you!

Slip or friction locks were prevalent in folding knife design until the turn of the 20th century, which is when the liner lock was developed.

Liner locks are easy to use and easy to manufacture, which makes them a common choice for everything from an inexpensive Kershaw 1025 to a high-end Boker Plus Kwaiken.

Liner locks are so-named because they use part of the liner under the handles as the lock.

One section is a leaf spring, trying to push itself toward the center of the knife. When the blade is closed that section is held in tension against the blade.

Swing the knife open and that part of the liner moves inward, catching behind the blade’s butt and preventing it from rotating inward.

To close a liner lock, you push that spring to the side while applying inward pressure to the blade until the lock slips behind the blade and it can close.

You can do this one-handed by pushing against the spine with your fingers and moving the lock spring out of the way with your thumb.

Make sure to get your thumb out of the way!

And therein lies my beef with liner locks:

You have to put part of your body in the sharp edge’s path to unlock the knife.

So, what happens when you make a liner lock thicker and don’t cover it with scales?

You get a frame lock!

Chris Reeve invented this type of lock and called it the Integral Lock, though “frame lock” is the name that stuck1.

Frame locks are stronger than liner locks because of the additional material holding the blade open.

This makes them excellent for heavy-duty tasks that might cause a liner lock to fail, so you’ll often see them on high-end knives (or on cheap knives trying to act better than they are though my Buck Nobleman punched above its price class).

The unlocking mechanism is on the back of the knife. As you can tell from the name.

The first knife that comes to my mind when I hear “lockback” is the iconic Buck 110 Folding Hunter.

Lockbacks have a piece of metal that extends from the blade’s tang to the rear of the handle, with a pivot point somewhere in the middle.

When the blade opens all the way, the front of that rocker arm fits into a notch in the tang, keeping the blade locked open.

Push down on the rocker arm at the other end and the lock moves out of the notch, allowing the blade to close.

You can still close a lockback knife with one hand, though the technique is a bit more complicated than with a liner or frame lock.

I mostly do it by holding the knife with one hand, pushing in the rocker arm, and pushing the spine with another object (such as my leg).

If your back lock knife has an unsharpened ricasso then you can put your index finger up on the handle so you hit the button while flicking the blade closed so that the dull part hits your finger.

Be careful with that technique, though!

Note that lockback knives can also have their unlocking portion midway up the knife or even by the bolster. It doesn’t have to be at the end of the handle.

There’s an important caveat I should mention before we delve into comparisons:

A well-made lock will outperform a poorly-made lock, regardless of the type.

And, even if you’re doing an intensive task such as batoning, you shouldn’t be stressing the locking mechanism anyway.

That said, let’s compare these locks!

Both liner locks and frame locks can be closed with a single hand without changing your grip too much, provided you still have your thumb.

This makes them easier to use than back locks, which either require an external object or a weird hand position.

Frame and liner locks move sideways from one side of the knife and have to be moved toward that side to close.

If you’re using a right-handed knife with your left hand, this is a difficult task!

Back locks function along the hand’s centerline and can be operated with either hand, making those knives more ambidextrous.

Okay, you’ll find debate regarding lock strength all over the internet.

Supposedly, Spyderco came to this conclusion after putting their locks through strength tests2, but the results of their tests seem to have fallen off of the internet.

Remember: The true strongest lock is the best-made one!

Back lock folding knives don’t require you to stick a finger or thumb in the way of your closing blade, so they are safer than frame or liner locks.

Note that careless use can still cause injury, so be careful even with lockbacks!

You don’t have to contort your hand or push the blade against an object, so frame and liner locks beat out back locks for closing speed.

Frame locks use a portion of the knife’s scales and lockbacks require a dip in the handles. Both of these can affect how you hold the knife.

Liners allow your knife to fit your hand without compromise.

Use in Dirty Conditions

If you’re going to use your knife in dusty or muddy conditions then I recommend a frame lock.

They’re simpler than liner locks. Crud cannot get between the lock and the scales.

Back locks are even worse because, if gunk gets under the rocker arm, it’s almost impossible to clean in the field!

Naturally, there are more types of locks than the three above.

The following locks are either less common or don’t properly lock. They may still be a great choice, though!

Benchmade designed their own lock mechanism and named it the AXIS lock.

The AXIS lock consists of a moving bar attached to a side button, pushed forward from an internal spring.

It locks the knife shut in both the closed and open positions and is a strong, ambidextrous locking mechanism that keeps your fingers away from the edge.

You can find the AXIS lock on Benchmade’s Bugout. Interested? Read our review!

Favored by Spyderco and used on knives like the Paramilitary 2, the compression lock is effectively a reverse liner lock.

The leaf spring portion is on the back of the tang instead of the front, so you can disengage it without putting your thumb between the handle and blade.

You can learn more in our Spyderco Paramilitary 2 review!

Opinel uses a ring lock they call the Virobloc to keep their folding blades open or closed.

The Virobloc lock consists of a collar you rotate around the handle to lock or unlock your blade.

It’s a classy locking mechanism, and effective, but is not designed for speed or one-handed use.

Instead, they provide enough resistance to keep the blade open during normal use.

The slip joint is one such “lock.” A notch on the tang meets a tension bar.

Apply enough force and the blade will close.

Friction locks are even simpler. They use inward tension and friction to keep the blade in place.

These mechanisms have their place but I wouldn’t use a survival knife with a slip joint or friction lock for anything but the most basic of tasks.

Ultimately, there is no best type of folding knife lock mechanism.

Personally, I prefer back locks, though that’s primarily because of safety considerations.

That said, millions of people have used liner lock knives without cutting their fingers, so I may just be too cautious.

(Heck, my most commonly carried blade, the Kershaw 1025, has a liner lock!)

Left-handed people should use an ambidextrous lock because liner and frame locks are almost always designed for right-handed closing.

That said, quality trumps any inherent strength in most lock designs.

So, keeping the above advice in consideration, choose the lock that’s most comfortable in your hands.

Which lock mechanism is on your EDC knife? 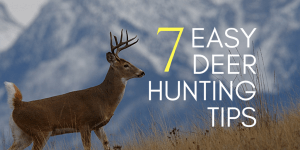 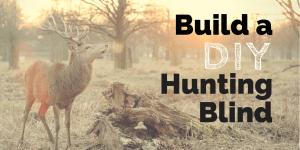 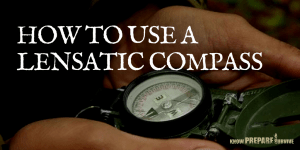 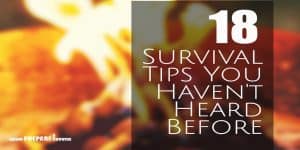 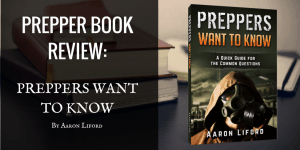 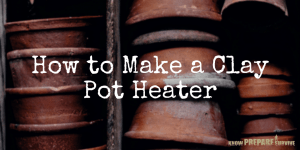